Meredith Saxelby (Bride) Cambridge, MA
Mark & I were married on a Saturday and I had planned to do the flowers on the Friday before the wedding, after receiving them on the Thursday before. We ordered the Jam Tart Sweetheart Roses, after realizing that coral ranunculus were impossible to find in the spring time for our boutonnieres, and I'm so glad we did! These hearty little roses were so adorable and paired beautifully with the Coral Peonies we chose. We used them for boutonnieres & corsages which a friend of mine, Sarah Skrekas, made for us! The flowers all arrived in a good state and we immediately went to work processing them, get them trimmed and in water. The peonies started opening immediately and were gorgeous, but ... we noticed shortly that because of the warm/hot weather, they were opening at a rate that was too fast for them to last well until Saturday. I put the flowers in the basement in ice cold water, but on the Friday morning, there were only a few left living to work with...you can imagine my stress! I went ahead and made 4 bouquets with the the peonies & with the roses, which I had not initially intended on including in my bouquets. However, they looked so very lovely, I'm not sure why that wasn't in my initial plan, which also included using white hypericum berries, dusty miller, and seeded eucalyptus! I went ahead with my day and was calling around trying to find some more flowers to fill the vases and find a solution. In the mid-morning, I received a call from FiftyFlowers asking me about how the flower delivery and everything had turned out. I told them that most of the Peonies had died in the processing and they said to send a photo along and they would see to it that I received a new batch of peonies the next day, at no charge. You can imagine my relief! The next set of flowers that came were even lovelier than the first, and arrived that Saturday morning of the wedding. They bloomed perfectly throughout the whole day (opened very quickly) and still looked amazing the next day at our family brunch! I was so in love with these coral supremes, that I didn't even mind that there had been a mini-tragedy with the first bunch. FiftyFlowers handled the situation very well & made my wedding flower dreams possible, at a cost that I found highly reasonable, for the blooms and quantity that I received! Show more
Flowers by Meredith Saxelby 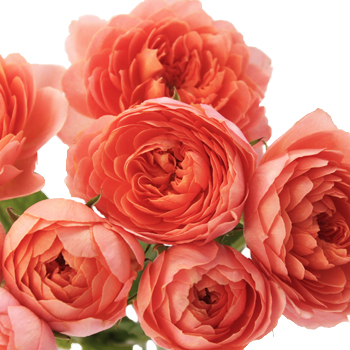 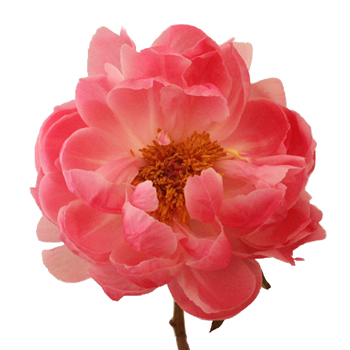 These were incredible, showstopping flowers! They popped open immediately, so perhaps plan accordingly.