Crystal Krupp (Bride) LINDEN, MI
I got married to the man of my dreams on the lake on a 90 degree day in August. My flowers were the one thing that went off without any complaints from me. I wanted a lot of bang for my buck and that's what I received. My wedding was on a Saturday so all of my flowers were delivered on Thursday which you will receive multiple text messages warning you about don't worry, but if you are getting anywhere near the amount of flowers that I did I would suggest taking the day off and maybe having some one come over to help. For one, you don't really know what time they are going to show up at, but also it takes way more time to unpack and place them all into buckets of water then I had imagined. Like ... by myself, it was pretty much an all-day deal including a run to home depot for more their signature orange buckets because those flowers are big and you don't want to smash them together. I had about 15 buckets of flowers by the time everything was unpacked. The next day, Friday evening, (I had my rehearsal Thursday FYI which is a good idea if your doing this) I had 3 of my bridesmaids come over to help put together all of the centerpieces bouquets and corsages and it took about 4 hours. For the bridesmaids bouquets I had them put them together and put the floral tape around the stems to keep them together, but didn't cut the long stems and just put them back into a bucket of water for the night and then cut them and wrapped them more the morning of the wedding. For my bouquet, I wanted more of around cascade so I looked up videos on youtube on how to make a cascade bouquet and bought a bouquet holder that you dip in the water before you put the flowers in for $5 on Amazon. It's pretty easy once you figure out how long to cut your stems. As for the boutonnieres, the roses in this package are way to big not to look stupid as boutonnieres even if you just did the single rose thing. Instead I ended up picking up some of those boutonniere vase things at Micheals for like $8, but you can get them anywhere if you get them ahead of time. Then we just wrapped a couple of the carnations and baby's breath with floral tape and stuck them in. My main worry was that if we put the flowers together Friday afternoon, could they hold up without being in water until Saturday evening for the wedding and the answer is yes they will be fine. My bouquets I was bit more careful with like I said since I knew they were going to be heavily pictured but all my centerpieces were exactly the same the next day without having had any water. I kept all the flowers in my garage FYI and it was 90 degrees out the whole time they were in there. Show more
Flowers by Crystal Krupp 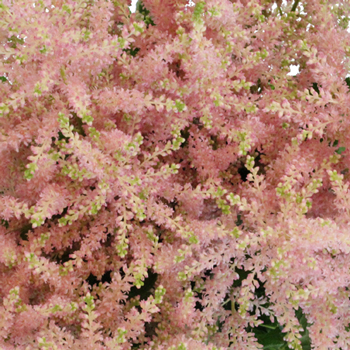 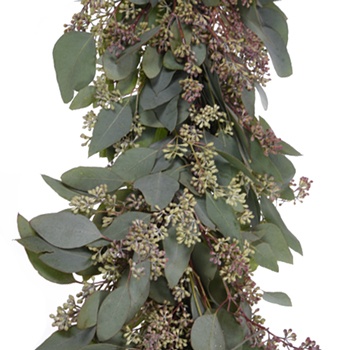 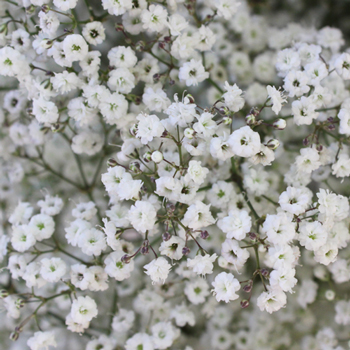 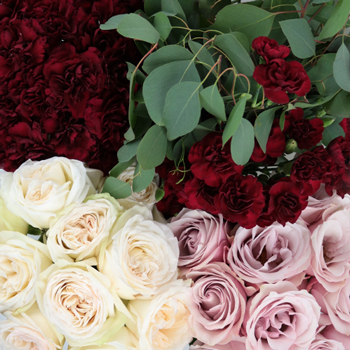 These were gorgeous! The pink roses are HUGE though so keep that in mind. They couldn't be used for corsages or boutonnieres because they were so big, but they looked gorgeous and they filled up an amazing amount of space in the bouquets and centerpieces without having to use a ton of them. The delivery timing on them was spot on. A day earlier and they weren't as full and the day after the wedding they were starting to visibly wilt.