Kim Unger (Bride) GARDEN CITY, SC
The roses came in beautifully! However the other flowers stated they were antique pink. I was expecting a light pink that was shown in the picture. I called the company and they said the the flower appeared pinker in the pictures then they actually were. We were going to go buy others but my friend made them beautiful without them. Fifty Flowers did give us a refund on the purple flowers that were really pink. We had to buy more roses as we were just short, but that was my fault. Overall the flowers were great!
Flowers by Evi Parrerson 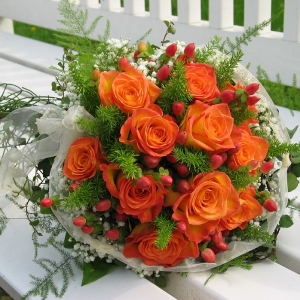