Bridgette Whitebread (Aunt) WHEATON, IL
First of all, I am not a professional florist, but I was having a baby shower for my niece (who is expecting a little boy in April), and I decided to order flowers for the centerpieces instead of relying on grocery store flowers. My order arrived in two separate shipments on Thursday and Friday during a BLIZZARD in Chicago! I was worried that the flowers would be frozen, but I was worried for no reason at all! The flowers arrived a little tired but perked right up after only 8 hours in water. They EXCEEDED my expectations - they were unbelievably lush and beautiful!! The roses were absolutely gorgeous - huge and perfect. The delphinium, aster, thistle and Peruvian lilies (alstroemeria) added ... the perfect "wildflower" touch to my arrangements. I "greened" everything on Friday and added the focal and filler flowers Saturday night before the shower on Sunday. I had more than enough flowers and greens. I was even able to make 3 wrist corsages for the grandmas and the mama-to-be early Sunday morning. These photos are from my phone, and they certainly don't do the flowers justice! I received so many compliments, and my niece said she has never seen such gorgeous flowers. Thank you to FiftyFlowers for the emails, texts, and phone calls. I am one happy amateur florist!! Show more
Flowers by Bridgette Whitebread

Used for: Centerpieces , Corsages, Other

PERFECT - just enough for everything!! I loved the ruscus, baby's breath and fern. 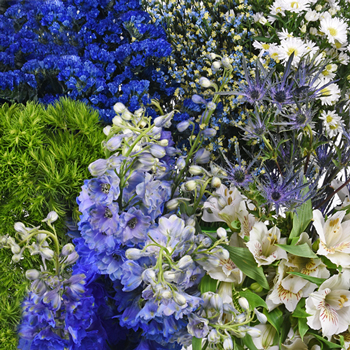 Used for: Centerpieces , Corsages, Other

The aster, thistle, Peruvian lilies and delphinium were pretty spectacular fillers. These gave the arrangements a "wild flower" look. I especially loved the aster - so petite and pretty!! 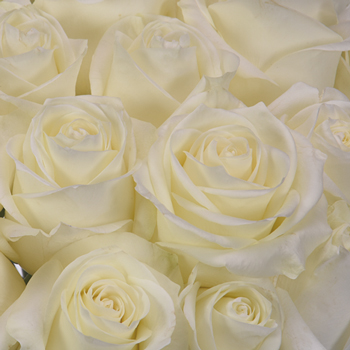 Absolutely GORGEOUS - HUGE and beautiful!! These were perfect. They are the prettiest roses I have ever seen.