Angela Sanders (Bride) ALOHA, OR
A lot of people told me to prepare for at least a few mishaps on my wedding day but it turned out perfectly! No troubles, no worries, just good times, a lifetime of memories crammed into one day with the family and the friends we love. We met because he left his snowboard goggles in my car when we carpooled with mutual friends to Mt. Hood for a blue bird snow day. His friends told me he planted them in my car, but he still won't admit it. Lol! The way he proposed was also spectacular. We were on the beach razor clamming, out early walking the Oregon Coast. We started to find sand dollars everywhere! It was amazing, I haven't seen so many in my life all in one place. So there we were collecting ... the ones that were not broken, and then he asks me to come over and look at his sand dollar. Well, in my head I wondered what was so special, they all look the same! So I ignore him for another minute thinking he's being kind of weird about wanting me to see his sand dollar so bad. I think I even gave him a little bit of attitude as I slowly made my way over to him. His back towards me, I curiously peeked over his shoulder only to see him turn around and get on one knee. He asked me if I would be the woman of his heart, soul and world. I started blubbering tears uncontrollably and fell into his arms. Of course, you know the rest after that, let the wedding planning begin! Took a year to plan, but in a little town in the country on the old family farm in Manning, Oregon, we got married. Long story short, we have been living happily ever after ever since. Thanks for the flowers, they made our day that much more beautiful. Sincerely Mrs. Larson Show more 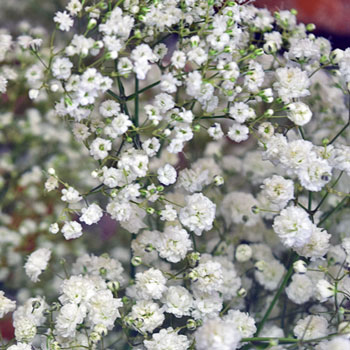